He's just joking about Egypt.Seriously, Greek rules most map types. Just think about it - they get both kinds of heavy siege in Iron (both Heavy Catapults and Helepolises) and they get quick centurions. Who cares about archers, anyway?

With all those hit points, greek phalanxes can just ignore the puny archers!Also, Carthage and Palmyran are very good. Just think about those super Carthaginian elephants. And with their super villagers, Palmyrans will have the very best economy of the game!

I would definitely go with one of these civs against some fool who plays, say Shang. What do Shang get? Cheap villagers and thick walls! That will only enable them to hold your troops out a little longer and rebuild easilier after you destroy them! Shang doesn't even get elephants - no shang unit can withstand any REAL damage at all!(Maybe it'd be a good idea to try out some strategy site to learn more). I'll help you out, since no one else will, bearing in mind that the following is all my opinionBest chariots:EgyptBest scythe chariots:Egyt: all the upgrades and a ton of hit points.

Hey Mark,There is a post like this one in XAoEA forums. Here is what I said:Its what people who play Random civs fear most - getting Greek. What are you gonna do with them?Second, why do they suck?Lets look at their bonuses.1) Hopolite, Phalanx, and Centurion 30% faster.So? They are still slow, vulnerable to hit and run, and week against towers2) War SHips 30% faster.When do you need to outrun you opponent?Now lets think about that? What other civs have two lame bonuses? Now lets veiw thier tree.Infantry: No BS's, LS's, Legions.

Hopies, phals, cents. Theres something.Archers: None. I think archers are the most popular unit today in AoE.Cav: Cav, heavy cav, no more.

Ouch!Seige: All; but thats not useful till bronze, just like thier infantry.Boats: All; Okay. But why use 'em while you got Hittite, Phoanny, Minoan, etc? You like thier speed?Buildings: All; but so do all other civs.

If you were using those to your advantage; Bab, Shang, and others are so much better than that.Technologies: Well, other than in the temple, this is where they do the best. If you like to research all the technologies, well, ok, use Greek:Overall, thier tree is OK, but why use them when you've got Hittite, Egyptian, Yam, Assy, and so on.Greek is pathetic until Bronze when they are week. You need to spend time in Iron before you can reach Greek's full potential.I got a tip: Use a different civ.PrEIsT. Hey, I was being IRONIC, okay? It seems to me that when some people ask which civ is the best, they mean which civ has the most damaging units. They're as slow as anyone, and have no archers except bowmen, which doesn't really cut it.

Greeks are probably pretty good in a Death Match, though. The same thing applies to Carthage, except that Carthage is sligthly better, with Camels and at least Improved Bowmen in Bronze. As for Palmy, they're probably the slowest civ around.

The only time I'd play Palmy would be if I were a feeder. Their Camels are pretty nice, of course, but by the time they get them, others will already almost have HHA.Now, when it comes to which civs are actually the best, try the following unit/civ combos:Tool Age units: All civs are pretty equal, Assyrian and Hittite being the exception with bowmen, Yamato with cheap Scouts, Mace with Axers and Scouts. Oh, and Sumi gets the steroid villagers.Chariots/Scythe Chariots: Egypt - the Hit Point Bonus is huge, and they can upgrade fully.Chariot Archers: Hittite and Egypt. Assyrian runner-up. Egypt can soak up more damage, Hittite can dish out more.

Assyria lacks Nobility and Chain Mail in Iron.Swordsmen: Rome and Choson. Roman Swordsmen can dish out a LOT of damage, they come cheap, and there can be twice as many of them as of any other unit. Choson Long Swords and Legions can take more damage, though. Nobody uses them much anyway.Academy units: Mace, with Greek and Carthage runner-up. Both Greeks and Carthaginians don't have fully upgradable academy units in Iron, and they both die to Archers and Priests far better than Mace do.Composite Bowmen: Minoa. +2 Range is awesome.Cavalry: Yamato. Cheapos rule.Camels: Palmyran.

They aren't fully upgradable in Iron, but they are still some of the fastest units around. Speed matters. Ok, here are the results of the EkspucnatorDei'an jury (damn, too much European song contest):Barracks:1. Where does undertale save files. Rome and Choson. Rome rules until late iron when the helepolises come out and kill their low hit point units.

Then Choson is better.3. They get legions and all upgrades.Worst: Greek. They only get Short Swordsmen and miss metallurgy. Slightly better is Egypt which get metallurgy.Cavalry, Camelry and Chariots:1. Egypt, because of great fully upgradable chariots and SCs2.

Palmyra, because of speedy camels which are the numero uno raiding unit in bronze.3. Shang (surprise!). They get all upgrades for stable units and lack only the elephant, but have no bonuses.Worst: Macedonia and Greece (tied). Macedonia's 'deaf' cavalry still dies to camels and so does Greece's ones.Elephants:1.25% cost is very nice.2. No way you are gonna covert those big a$$ eles.3. Speed matters and with their farm penalty removed, they are now able to make more elephants.4. Nice +25% hitpoints, but they still die to massed helepolises.Worst: Don't know, but they shouldn't get AEs and miss some temple technologies.Archers: This is an easy one:1.

No archers other than bowman (it is almost too easy).Academy:1. No way you are gonna make these guys pincushions.2. Speed matters3. Rome, Minoa and Hittite (tied).

Fully upgradable Centurions.Worst: Choson. They don't get Aristocracy and chain mail armour. But they will not use them, so.Priests:1. Egypt, because +3 range matters a lot.2. Baby and Choson (tied).

Depends on the situation.4. Assy, Phoney, Shang, Persia (tied). They have all the temple technologies.Worst: Macedonia, because they don't even get priests!

Other than that, it would be Minoa, because they only get Polytheism and Medicine.Siege:1. Hittite, because this is one of the best military bonuses in the game.2. Sumer, same as Hittite.3. Greek and Minoa (tied). Dual siege is great.5.

Rome, because they get dual siege but no alchemy. Not that big a difference, but it is there.Worst: There are a couple of candidates such as Yamato, Phoenicia, Egypt, Macedonia and Persia. Yammy, Phoney´and Egy only get STs but with all techs. Big Mac gets cheap STs and ballistas but no engineering which hurt them big time.

But the winner is Persia because even though they get catapults with engineering, they don't get ballistics and their lack of woodcutting upgrades means that probably won't be able to build that many of them.Towers and walls:1. Rome, Babylonia and Choson (tied). Depends on the situation. If it is Tool or Bronze age, Roman towers rule, because they can build twice as many. 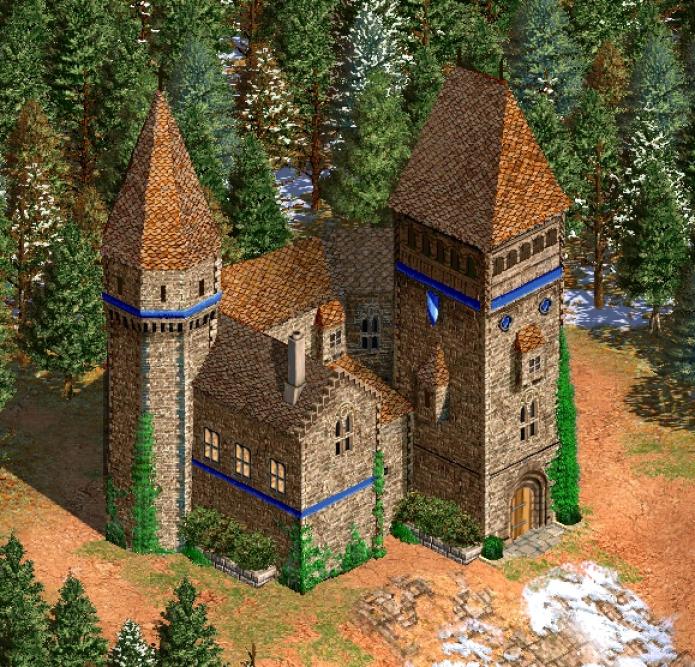 In iron, Babylonian and Choson towers are better, because Rome doesn't get Guard or Ballista towers.4. Egypt and Greece. Fully upgradable towers and wallsWorst: Persia. They only get Guard towers with +1 range whereas all other civilizations have at least the same range with ballistics.Anybody disagree with this, plz let me know.-May your phants be converted and your hoppers turned into pincushions!ekspucnatordei@iname.comICQ#: 19603712This message has been edited by Ekspucnator Dei (edited 06-05-99).» » » Best CivilizationsYou must be logged in to post messages.Please orHop to: Copyright © 1997–2019 HeavenGames LLC. All rights reserved.v2.4.2.