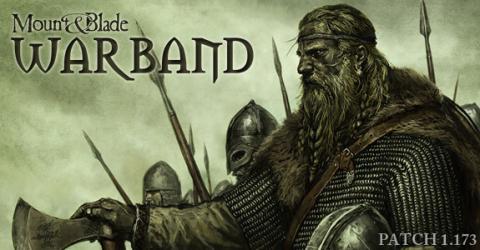 I bought this expansion yesterday and was quite happy that I did. I played a session of the commander mode, where each player commands a company of about 20-30 AI soldiers. I took control of a German line infantry unit fighting for the British. How it worked was that I played a sergeant/officer armed with a telescope, sabre and a pistol, and was followed around by 25 AI line infantry soldiers armed with muskets.

The server had about 15 players on each side, all commanding similar forces, so the battle would have looked something like a 28mm wargame from a birds eye view. Of course, I don't get a birds eye view because I'm down there, which is part of the charm. If that dragoon unit is sneaking around my flank in the cover of terrain, I won't see it until it's too late. It gives the tabletop wargamer a whole new perspective into the action. The graphics look good (not great) and the game should run on older rigs as well, even though your framerate may vary when there's a lot going on. Commanding the AI teammates takes a bit of getting used to, but you can drill yourself to learning the correct key combos for commands quickly. You can order your men to hold a certain position, follow you, charge the enemy, change formation, hold fire etc. The best thing, which wasn't possible in mount and blade until the recent Fire & Sword expansion is that you can order your men to hold fire and then give orders for volley fire. Your men will load their muskets and then aim at the enemy, front rank kneeling. It looks great and when a long line opens fire at the same time.

The smoke linger is better than ever and it can really obscure your vision now. At times I found myself firing into the white smoke without any idea on whether I was pointing anywhere near an enemy. The weapons are nice and inaccurate, I found I can't hit pretty much anything at a distance. Infantry, cavalry and artillery are all modeled within the game, and I was suprised to see limbers pulling artillery pieces in the field, as artillery in the previous Napoleonic mods for M&B had been static. Artillery pieces take several stages and a while to load, but a grapeshot at close range is absolutely devastating to tightly packed infantry. There are rocket troops too, although I hope these don't become a common sight alongside artillery.

Cavalry seems quite powerful, but then again, when they try and charge a prepared infantry unit to the front. I ordered my line to fire at the last moment against a charging unit of cuirassiers and they fell down like flies. The obvious question many M&Bveterans will ask is that is this just another mod you have to pay forlike was in the case of Fire & Sword? After all, there are severalfree Napoleonic mods for Warband. I'll have to say I'm not qualified toanswer that as I haven't played the free mods online, only as botmatches.

The vets on the servers last night seemed to approve of it though, and I think there's a lot of polish in the game (including the nationality, heheh) which might be lacking in the mods. I'll have to play a couple more nights and try out the other gamemodes, but at the moment, I highly recommend this. Stay tuned, this was a 'first impressions', not a review, and I need a couple more sessions under my best to see if there's something fatally flawed with the game.

I The pictures in this post are taken here and there from the net, I claim no ownership. Look out for some holiday snapshots from me in the near future!EDIT: Here's a couple of shots from today:The frenchmen fire a volleyA view over the fieldThis commander match had about 60 players with 12 bots each. This one started to lag badly, which is unsuprising.