First off, I see this seems to be a problem across all of your computers and has been for years. Why isn't there a fix?I used my brightness down button once and now it won't go back up. I can't adjust the settings at all, despite the graphic on the screen showing me the meter going up and down.

I've checked all drivers, tried uninstalling and reinstalling lenovo energy management, and I've still got nothing. I've stopped short of a factory reset because that's super annoying having set everything up and then a couple weeks after purchase have to do it again. Any other alternatives first?Suggestions? This happened to me and I almost went to K-Mart to ship my pants.There is a key combination that will make the screen go dim. I was in Internet Explorer and was using the CTRL + and - to adjust the zoom and CTRL 0 to return to normal.

I think I hit some key combination and the screen went dim to almost dark. I can't reproduce the problem.It took me a day and a half to figure out a solution without having to update software.Here is a solution in case the drivers and/or the OS gets in the way again of adjusting the brightness. 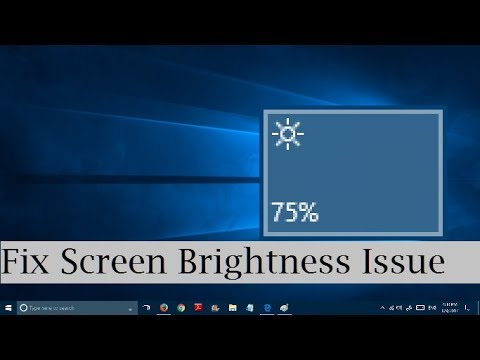 It is a pain and requires a reboot which removes the buggy software interfering with the brightness keys which allows you to make it brighter. I had to do it a couple of times due to hitting the key at the right time. Maybe going into BIOS would give you more time. I did not try that.What I did was reboot and when I saw the Lenovo logo on boot up I hit the brightness key and watched the screen get brighter. When I saw that I almost had to go back to K-Mart because I could not believe how easy that was.I still don't have brightness control, but I'm no longer having to squint my eyes to look at the screen or work in the dark.

I'm going to get the drivers to see if that will fix the keys.